What happened to Africa this World Cup?

By just about every account, African soccer has never been better. Egyptian Mohamed Salah, reigning African footballer of the year, is fresh off one of the best club seasons for a player from any continent in recent memory. He grabbed 44 goals and 16 assists in all competitions in 2017-18 as he guided Liverpool to their first Champions League final in 11 seasons. And in doing so, he broke stereotypes surrounding who an African soccer star typically is - with so many of the continent's greats historically coming from West Africa (George Weah, Didier Drogba, Yaya Toure, Roger Milla, Samuel Eto'o).

But Salah missed Egypt's first game at the World Cup and his subsequent 2 goals in their final group stage matches weren't enough to get the Pharoahs a single point, despite a good amount of dark horse buzz surrounding the team pre-tournament. Elsewhere Tunisia won a game against maybe the cup's worst team, Panama, but didn't advance. Senegal, another dark horse favorite, fell victim to the first fair play tiebreak in World Cup history and went home despite being level with Japan on points and goal difference. Morocco looked good in all three games but a stoppage time own goal gave them a loss versus Iran and Iago Aspas equalized in the 91st minute for Spain to force a draw, giving the Atlas Lions just a point. Elsewhere, Nigeria probably should have worn their sexy kits more than once, since their lone win came when wearing them.

All this is to say there won't be a single African team in the last 16 for the first time since 1982. The past few cups have been particularly lucrative for Africa, with quarterfinalists in 2002 (Senegal) and 2010 (Ghana), the latter of which was a Luis Suarez handball on the goal line away from making the last 4 on African soil.

So what happened this time around? Is this as big a step back for African football as it seems? Bad luck has a lot to do with it. I guess getting knocked out of your first cup in 16 years on yellow cards (Senegal) is better than getting knocked out on a coin flip but huge emphasis on "I guess." Morocco deserved 6 points despite getting drawn into a group with Spain and Portugal and Nigeria will wonder if Marcos Rojo got away with a late handball in match 3. But in addition to Morocco's brutal draw, Africa once again suffered thanks to FIFA's World Cup seeding system, which put Egypt, Tunisia, and Senegal in Pot 3 and Morocco and Nigeria in Pot 4. FIFA world rankings still determine who gets put in which pot and they're as flawed as most of FIFA's infrastructure (Poland is the 6th best team in the world amirite).

Additionally, African qualifying is tougher than it's ever been and as a result, tends to cannibalize itself. Nigeria, Cameroon, and Algeria were all in the same group in the final qualifying round. That's three teams from the 2014 World Cup, two of which made the knockout rounds. Morocco won a group with Ivory Coast, Gabon, and Mali. Egypt was in the same group as Ghana. This meant no Cameroon, no Ivory Coast, no Ghana, no Algeria. Togo and Angola, participants at the 2006 World Cup, didn't even make it to the final round. That's not to say any of the African teams that made it were bad. They fully deserved to be there. But like the argument defending Premier League teams' failures in the Champions League, it's sometimes better to fly through an easier route a la Mexico and CONCACAF than it is to grind through a brutal qualifying tournament. And for sure, CAF would have preferred to have, say, battle-tested Ghana in Russia.

Regardless, the performances were there. Only Egypt looked legitimately bad. And there's a healthy dose of African stars playing across Europe. But the continent may need to find a new golden generation. Senegal played well, has an identity, and is young enough to see a future. But it's unclear if the golden generations for Ivory Coast and Ghana can be replaced. Lots of really good soccer across Africa isn't the same as world class footy at the top. An expanded field in 2026 may help, but who can think that far ahead? Here's to hoping for brighter days ahead.
Posted by t wil at Saturday, June 30, 2018 No comments: 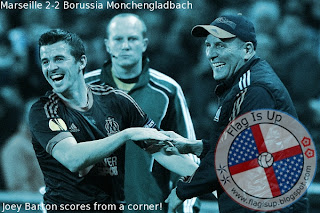 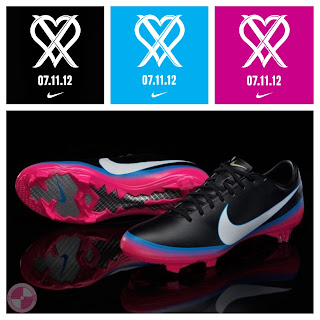 Random Thought: Why does Robin van Persie opt to wearing the Adidas Adipower over the Predator LZ? 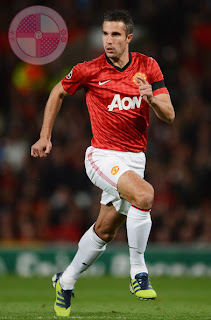 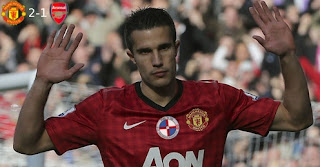 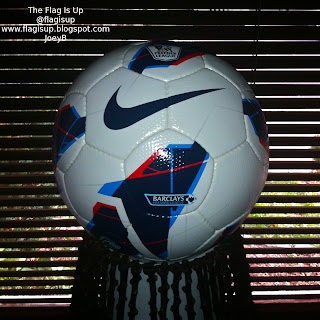 Just a quick note of a future TFIU Product review. I just recently received the new Nike Maxim Preimer League Official Match Ball. Below are a few pictures I took quickly (excuse the lower quality as I was in a rush).